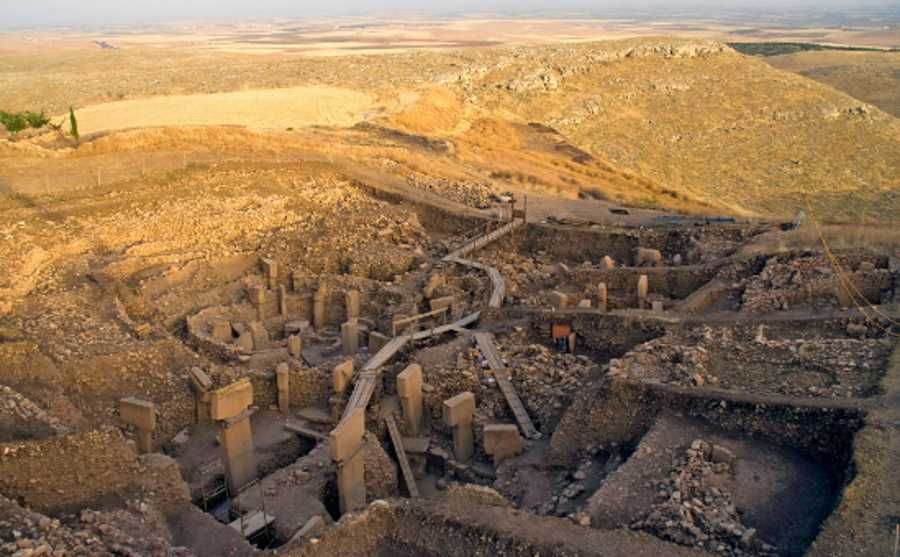 Göbekli Tepe is considered the oldest known man-made place of worship. Located in southeastern Turkey, near the border with Syria. Archaeologists began excavations at the site in 1994. To date, about five percent of the. of the site of the prehistoric sanctuary. Its age is estimated at 12,000 years.

So far, four megalithic pillars weighing tens of tons each have been unearthed at the archaeological site, but geophysical surveys indicate there are more there. These pillars decorated with carvings of animals are connected by walls to form oval structures. Wokół them a number of rooms have been unearthed. During the excavation, many statues and statuary were found thereów.

The find was made by archaeologists from the German Archaeological Institute. Julia Gresky and her teamół, among theód thousands of animal bones mixed with human bones, they found fragments of three human skulls with clear deep cuts. A statue was also discovered nearby, whichóry, according to archaeologists, may depict a kneeling figure holding a human head. 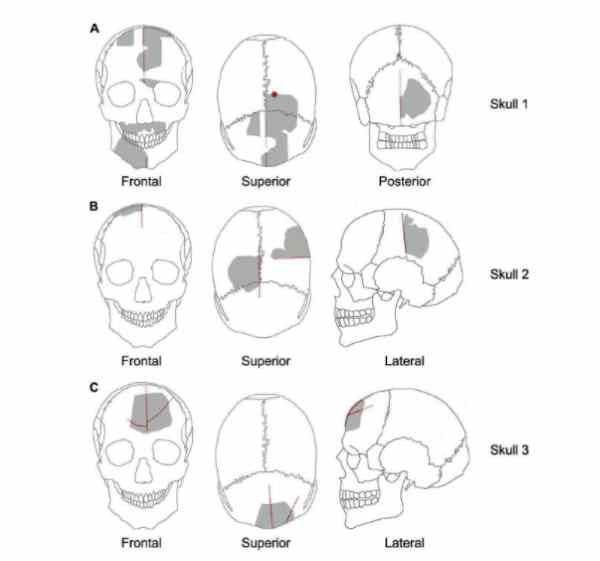 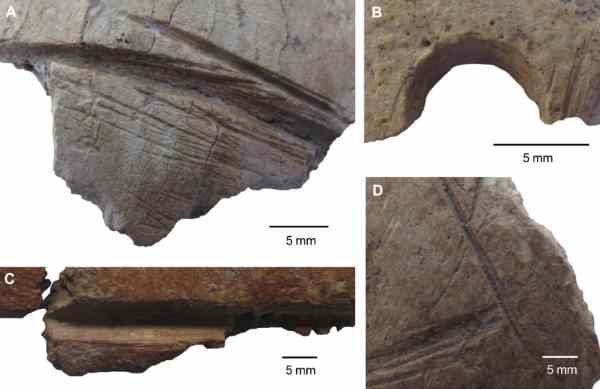 More than half of the fragments examinedóin human bones came from skulls. In the article, który was published on „Science Advances” Gresky described three large skull fragments, each about the size of a human hand. The fragments bear clear traces of carving. The archaeologist suggested that someone first removed the body and then carved deep, straight grooves running from front to back into the bone with a sharp tool. One of the fragmentsów has a drilled hole, although only half of it is preserved.

– The carvings consist of many deep cuts, whichóre were made deliberately – said Gresky. Grooves divide the face into pół and run across the forehead to the occipital. Researchers have determined that the grooves and incisions were created after the death of the skull’s owner.

Human skulls played an important role in the area. In areas of present-day Israel and Jordan, graves without heads were foundów. Skulls were found separately, someóre divided into parts, someóre decorated with a kind of gypsum plaster. However, finds from Göbekli Tepe are different. So far, no carvings have been encountered with skulls or and drilled.

And although many carvings and stone reliefsów w GöBekli Tepe wyrósits with precision and craftsmanship, the characters on the skulls appear to have been made by other artistsów. – These are deep cuts, but seemingly careless. Someone wanted to make a cut, but not in a decorative wayób – explained Gresky.

The purpose of carving the skulls is not clear, but archaeologists indicate that it may be related to some ancient religious practice. Dozens of fragmentsóin the skulls found at the archaeological site is devoid of a trace of theóin carvings. This suggests that these skulls were chosen after their owners died for some reason. The skulls may have been displayed as part of ancestor worshipóin, or as trophies to show the remains of dead enemiesów. The archaeological site found róAlso statues without headsóin, suggesting another idea that the cuts and drilling were used to attach skulls to the statueów.