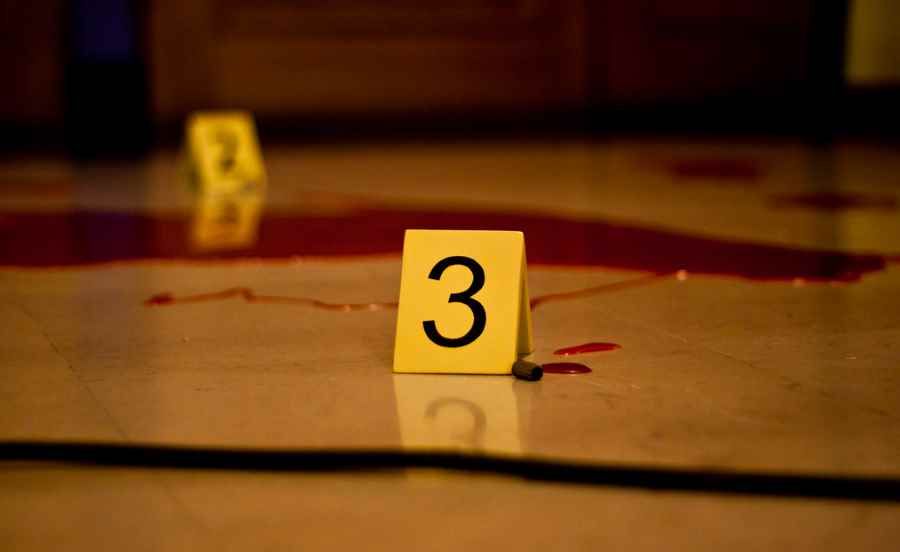 Stojer-Polanska: the perfect crime does not exist

Although it seems that we know everything about forensics from TV series, the real achievements of this field surprise the biggest fans of CSI. Dr. Joanna Stojer-Polanska believes that forensic knowledge can protect against becoming a victim of crime, and that the perfect crime does not exist.

Dr. Joanna Stojer-Polanska, a lawyer and forensic scientist working at SWPS University and the State Higher Education School (PWSZ) in Raciborz, is a finalist in the Scientist category in the 13th edition of the Popularizer of Science competition, organized by the PAP – Science in Poland service and the Ministry of Science and Higher Education.

It must be admitted that the popularization task facing her is extremely difficult: after all, there are few fields such as forensic science, full of "expertów" Fresh from a marathon of several seasonsóin CSI or after reading a popular crime novel.

– I think we all like crime stories,” admits the researcher. – I don’t know if this is a good thing, but we find them engaging, fascinating. These are, in the end, stories about a man whoóry on the one hand is capable of sacrificing himself for others, and on the other hand can also be extremely cruel – mówi.

People’s fascination with crime stories is definitely not a foreign thing for the finalist of Popularizer of Science: she devoted her doctoral thesis to the so-called “crime stories”. CSI effect, or the impact of mediów, and especially crime series on criminal proceedings.

– The fact is that TV series have greatly popularized forensic science, admits Dr. Stojer-Polanska. – However, I still really enjoy teaching forensic science classes. Even though theoretically everyone knows everything from the TV series, I still get asked interesting questions and manage to correct many things,” she says, then adds that life can outdo fiction: forensic scientists sometimes manage to do things thatóre in the series would be considered too improbable. – Meanwhile, investigating after 20 years a traceóin crime, thanks to whichórm manages to bring about a conviction – that’s just a success, the researcher adds.

What happens in such classes? – During a one-time workshopów we explore together with the participants rótion typesów: fingerprints or shoe marksów. I demonstrate traditional methods, such as fingerprint examinations, as well as the use of dronesóin forensic science,” says the Popularizer of Science finalist. Sometimes the classes are also attended by animals that help uniformed services in their work: dogs and horses. The latter was helped by funds from a project funded by the Foundation for Polish Science "Forensic science, or the thing about looking for traces ofów and about animals on duty". To participate in the project, Dr. Stojer-Polanska invited uniformed services, forensic science experts, as róalso a visual artistów from the Arete studio in Krakow. As a result, she was able to organize a m.in. An open show presenting the work of dogs and horses in the uniformed services.

If, in turn, Dr. Stojer-Polanska has the opportunity to conduct a whole series of classes for one group of recipientsów, at the end of which she allows participants to prepare a re-enactment of a criminal mystery – i.e. examination of the scene. – Here they are using film makeup and róprops of different kinds. It even turns into a theatrical play, in which theówhere some people play the roles of victims, others as witnessesóin the incident, and still others – police officers – tells.

And what róThe difference between classes with children and classes thatóre Dr. Stojer-Polanska conducts for adults, if only a studentów and participantóin a lectureóin the open? – Children ask more difficult questions, admits the finalist of the Popularizer of Science. – Children are more creative than adults and are not afraid to speak their ideas out loudów. This, by the way, is quite a challenge: when móI tell them that there is no such thing as a perfect crime and give examples of this, the children do not get discouraged and continue to think. They can also ask about the traces of fingerprints of cloned people – this question from a several-year-old. Adults do not have such ideasów – adds.

In classes with adults, Dr. Stojer-Polanska can, in turn, cover much more topicsów. – All sorts of events related to zabójstances are rather suitable for adult participantsów. In classes with them you can discuss more freely, for example. about the myth of the serial killeróThe study of the crime scene, discussing it using well-known examples from pop culture, such as Hannibal Lecter and Ltóbringing them to reality,” says the.

Oprócz to conduct popularization activities, Dr. Stojer-Polanska together with practitioners from the organóin law enforcement and other scientists, e.g. forensic medics, also describes solved criminal cases. This is a form of popularizing forensic science by showing fractious cases ofóin criminal, but also a warning to potential perpetrators ofóin crimes.

As the finalist of the Popularizer of Science explains, the work of forensic science can be difficult, detailsólnie when working with crime victims or families of osób missing. – RóAt the same time, however, the work brings a kind of satisfaction: the worst has already happened, and forensic science is there to find the perpetrator of the crime and solve the criminal cases of the past – mówi.

Równly rewarding, according to her, is the popularization of this science. – Although it is impossible to get figures on this subject, I like to think that by teaching people about forensics, about methods of detecting crimes, we can protect them from becoming victims of. I also hope that they will not become perpetrators – because there will always be a trace left after their actions,” she adds.